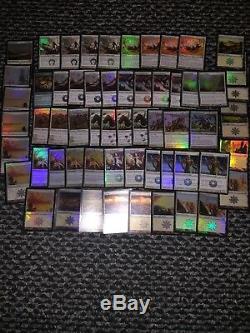 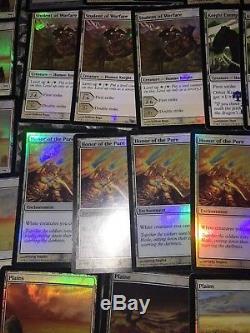 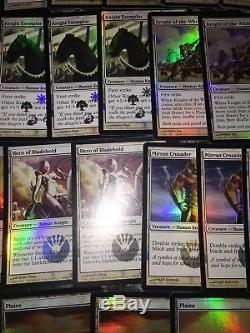 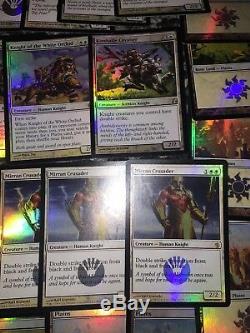 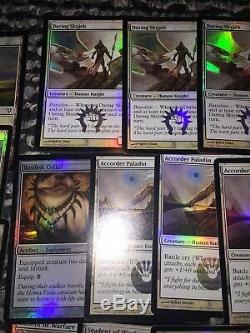 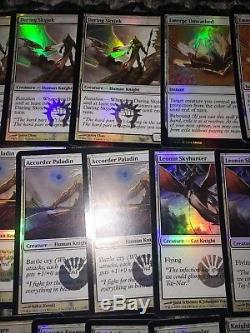 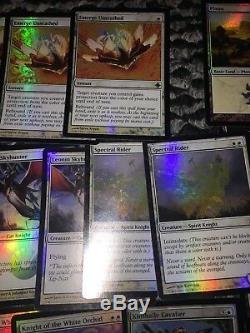 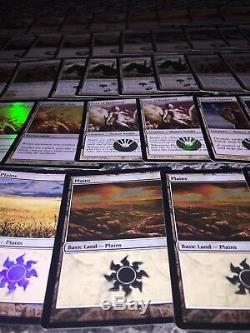 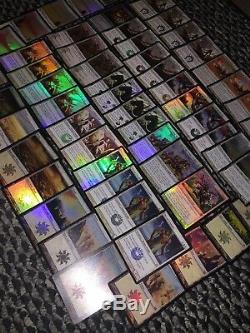 Other knight creatures you control get +1/+1 and are indestructible... 2X Knight of the White Orchid (Shards of Alara Rare Human Knight for two white) 2/2.. When Knight of the white orchid comes into play, if an opponent controls more lands than you, you may search your library for a plains card, put it into play, then shuffle your library... 1X Kinsbaile Cavalier (Morningtide Rare Kithkin Knight for a white and 3) 2/2... Knight creature you control have double strike....

Battalion - Whenever daring skyjek and at least two other creatures attack, daring skyjek gains flying until end of turn.. 4X Emerge Unscathed (1 Iconic Masters 3x Rise of Eldrazi Instant for a white) Target creature you control gains protection from the color of your choice until end of turn..... RUN SOME KNIGHTS AT YOUR LOCAL GAME STORE MODERN KNIGHT. Deck is legal in multiple formats.... 60 card and ready to play.

The Deck includes 19 Rares and 2 MYTHIC RARES. EVERY CARD INCLUDING LANDS IS FOIL. COMPARE THIS DECK TO OTHERS.

THIS OFFERS THE BEST value. Be sure to check out the other Decks I offer.

Will do custom builds for any format. Each deck ships with tokens for the deck as well as bonus cards that can be used in place of other cards in the deck. The item "MTG Magic Modern FOIL KNIGHT Deck ALL FOIL Including Lands Mythic and RARES" is in sale since Tuesday, April 2, 2019. This item is in the category "Toys & Hobbies\Collectible Card Games\Magic\ The Gathering\MTG Player-Built Decks".